For IT Components, Smoke Damage is Killer 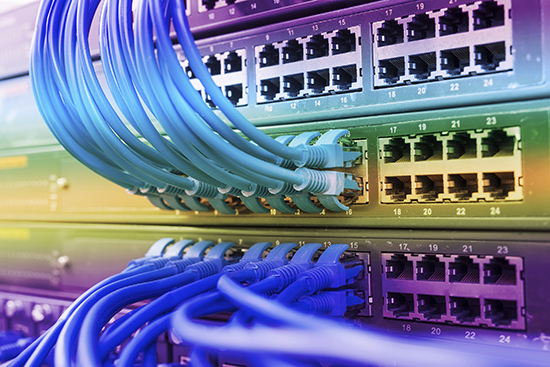 While fire damage is costly and can destroy a company’s physical assets, there is another factor that comes into play when it comes to fire which is the irreversible damage to IT and telecom equipment that is caused by smoke. It has been found that 95% of damage caused by a fire within telecom facilities is non-thermal, meaning it wasn’t the fire or the heat that caused equipment failures. Rather, it is smoke and the corrosive chemicals that get released as by-products of smoke which are lethal to IT and telecom equipment.

When PVC and digital circuit boards catch fire, they release gasses such as Hydrogen Chloride into the air. These gasses cause corrosion of IT equipment and can seep into the smallest areas, causing widespread damage. Even in an incident where a fire breaks out but is brought under control quickly, the effects of smoke damage have the potential to hinder, if not completely destroy, the ongoing performance of a business’s equipment.

Innovations in computing technology have allowed more businesses to condense large data rooms and entire IT infrastructures into relatively small spaces. Most companies have replaced large spaces dedicated for servers with a server “closet” while others use small offices or rooms to host all of their critical IT equipment. Often, these rooms are sectioned off from the rest of the office, usually operating behind closed doors. As most internal data centers and IT systems are now usually confined to smaller spaces, it can be difficult for traditional smoke detection systems to become aware of a fire.  Additionally, the high volume of air that needs to be circulated through these rooms to keep equipment cool also poses challenges for traditional spot detectors as the smoke may not concentrate enough to signal an alarm. Traditional smoke systems have to wait until smoke reaches a certain threshold before sounding an alarm. Within the amount of time it could take for smoke to build up to a level that would be recognized as an event by a traditional system, thousands of dollars of damage to critical and sensitive IT components could have already occurred. As companies rely so heavily on their IT infrastructures, this damage can have lasting effects on the success of their business.

The Need for Early Detection

Having the earliest possible detection of smoke is crucial for maintaining the integrity of a company’s data center and IT infrastructure. As smoke is so dangerous to information technology and telecom equipment including servers, routers, network hubs, and miles of cable, the damage from even a small fire has the potential to cripple a business’s operations. A Very Early Warning Fire Detection system designed specifically for Small Data Rooms is recommended to overcome these challenges. These systems will continuously sample air from data centers and use advanced technology including laser-based absolute smoke detection and clean air barriers for optics protection to identify a fire. This technology allows these systems to send an alarm at the very first detection of smoke. The amount of time that an early warning detection system will save in responding to a fire can save a business thousands of dollars in damage and an irreversible impact on business performance.

The IT infrastructure and data room could be considered the engine that runs a business. This is why ample effort goes into ensuring that adequate power sources, equipment fail-safes, and cooling and HVAC are always present. Among these safety and business continuity considerations should be early warning smoke detection systems. Why? Smoke damage is detrimental to highly critical technology components.