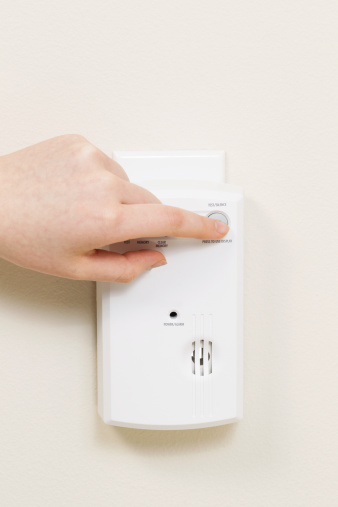 With new legislation and the expansion of State Carbon Monoxide (CO) laws, there has been an increased focus on Carbon Monoxide (CO) detection. CO, often knows as the silent killer, can easily prevented and its small additional can help save lives and provide peace of mind.

Let’s start by discussing what CO is, where it comes from, and why it can be so dangerous. CO is a colorless, odorless, toxic gas that is a product of combustion. CO is dangerous because it bonds to hemoglobin (which carries oxygen from the lungs to the organs and tissues in the body) in the blood.

When CO attaches to hemoglobin it displaces oxygen that would normally be carried. Since the body does not recognize or remove the CO, it blocks hemoglobin from picking up oxygen in the lungs. Prolonged exposure eventually suffocates the organs and tissues. The effects of CO poisoning depend on the concentration of CO and the exposure time. Effects can range from headache, fatigue, and nausea to loss of consciousness and ultimately death.

Since CO is the same weight and density as air, CO detectors can be mounted on the wall or ceiling. Contrary to popular belief, they do not need to be mounted at head or floor level. NFPA 720 (Standard for Installation of Carbon Monoxide (CO) Detection and Warning Equipment) requires CO detectors be installed on the ceiling in the same room as permanently installed fuel burning appliances and centrally located in every habitable level and in every HVAC zone of the building.

Both NFPA 101 and IBC specifically requires them in buildings with communicating (shared air space) attached garages and fuel-burning appliances. Specifically, outside each separate sleeping area and on every occupiable level of a dwelling unit, include basement.

CO detection continues to be an important concern, and should be addressed for all applications. ADI offers an array of Fire & Life Safety training classes at its branches across North America. In addition, ADI has teamed up with our manufacturing partners, industry associations and the National Training Center to provide training and certification programs. Click here to check out ADI’s training schedule.