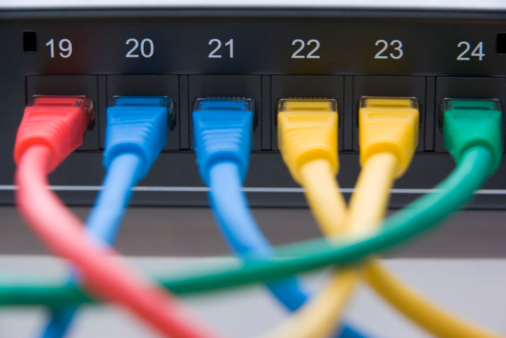 When planning to use PoE to power IP devices, there are two basic values that need to be determined.

The first thing to investigate is how much power does a specific IP device require? This information is going to be found in the specification information, which should be readily available on the Internet or from the vendor.

Let’s look at the specifications for an Toshiba IP camera, ADI part #TB-IKWB16A: 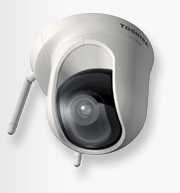 Above we see an image of the camera along with the needed power information from the specifications. First we see that the camera can be powered using the 802.3af PoE standard. What we need to know is how many watts of power this device requires to operate properly.

From the spec sheet we see that the power consumption is .55 amps at 12 vdc. To convert the amps into watts we can use one of a large number of available Ohm’s Law converter calculators on the Internet. Plugging in the known values we get the following results:

So this device will require 6.6 watts of PoE power to function, which is well within the 802.3af 12.95 watts maximum.

The reason that we need to perform these calculations is that while a network switch might provide PoE power in the two recognized standard current amounts, in smaller switches it is often the case where the maximum PoE power cannot but used from all of the PoE switch ports simultaneously.

Let’s look back at the specifications for the Trendnet #TQ-TPETG80G eight-port PoE switch used in the previous post and see what’s its maximum PoE wattage output.

You see here that this switch has a maximum output of 105 watts of PoE power. If we are planning to connect six of the above Toshiba # TB-IKWB16A cameras, each drawing 6.6 watts of power, the total power requirement for the group of cameras is 39.6 watts, which is well within the maximum wattage available from the switch. So we are good for powering these devices with this switch.

However, let’s say that the cameras were outdoor p/t/z IP devices with heaters and blowers, and each camera will draw 22 watts of PoE power. Using this Trendnet PoE switch only a total of four of the 22 watt cameras can be powered for a total of 88 watts; the fifth one will push the current draw over the maximum available current of 105 watts. This issue could be eliminated by simply using two of the Trendnet switches and powering three of the outdoor cameras with one switch and two connected to the other.

If you are only installing a couple of PoE IP devices onto a single switch these calculations typically are not necessary. If the plan calls for multiple devices the smart thing to do is to calculate the maximum wattage required and verify that the network switch being installed or connected to can provide the needed current.